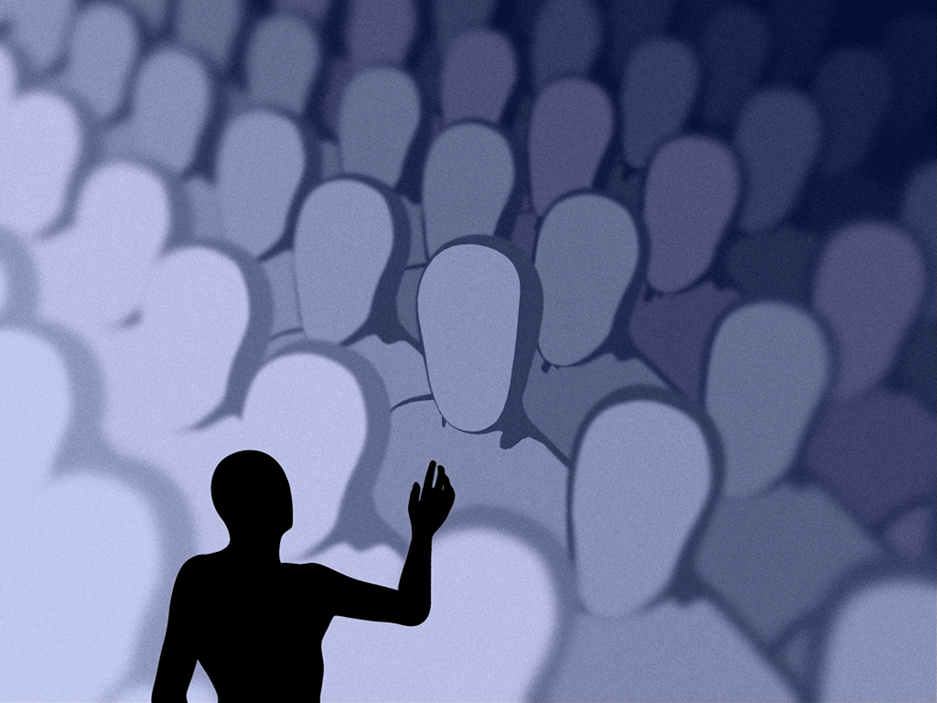 “Notes from the Uncanny Valley is as dry and comical as it is sober, sad, and beautiful… It’s a ‘coming-of-information-age’ kinda tale, permeated by a feeling of isolation and a sense of camaraderie with information itself. In it, the narrator’s voice drifts dreamily on a bed of ambient sound like a ghostly tour guide highlighting the remains of the real, as they fade into shades of virtuality… We’re in a state of free dissociation as we navigate the representational maze of life’s waiting room, sifting through the noise for a signal, something authentic, something real… Dreaming our way through a landscape of loss, and compensation for that loss, feeling our way toward the light of something more ancient, and seeing that light reflected through the modern interface.

“There’s an existential romance and a subtle symbolism that drift to the fore of his writings. It’s like a still life, a portrait of loneliness with cat… But it’s not a hopeless vision. It’s keenly aware of the absurdity in it all, and I think that’s its redemption, and that’s what carries the story, or the storylessness… It’s a kind of vision of life’s emptiness that is paved with facts and poetic observations that strive to fill the void with a sense of connectivity, and connection to the reader, or the listener, the hopeful notion that someone somewhere is listening, that someone else may be paying attention, and perhaps taking notes of their own.”

—The Ungoogleable Michaelangelo, author of The He and She of It and host of Self Portraits as Other People

“Gib Strange is a kind of everyman’s Kierkegaard… His domestic genius is his ability to evoke sympathy for the absurd in the tragic comedy of being a human being… His often playful and sardonic, hide and seek arrow hits the bullseye in his accurate fix on our latitude and longitude… Sometimes you feel as though you got a novel in a sentence… There is an overall delightful and refreshing absence of the pursuit of intentional ‘art’ in his work, which at the same time manages to avoid surrendering to the hazardous sand trap of a realistic nihilism that often accompanies such efforts… If you don’t recognize the fragmented world he presents us with you haven’t really been here. But he has and he leaves tracks in a kinder snow… His book is medicine for melancholy and more. It leaves you with a taste of the arrival of latent emancipation.”

—Dennis McBride, author of Looking for Peoria: The Epicurean at Rest

“Being dead is something you learn to live with,” reflects the narrator of NOTES FROM THE UNCANNY VALLEY, an inventive, 400-page, metamodern, autofiction novel slowly being recorded as an audiobook posing as a podcast. NOTES is the first-person tale of a last-generation digital immigrant suffering from present shock and depersonalization as the world slips into what he calls “the unreality show.” With wry, dark humor, our detached—possibly dead—guide floats through the gray landscapes of low-income housing, crowded public transit, and absurd internet headlines. His suspicion that something is happening beneath the surface of daily life grows following a series of awkward encounters with colorful neighbors and nights spent online reading about everything from deadly chimp attacks to the latest developments in artificial intelligence. Listen as the clues lead our alien anthropologist down deep into the uncanny valley in search of the missing link between monkey and machine…

“Gib is an Underground Man for the Internet Age. He’s an affable but almost affectless guide to a futuristic dystopia that has already arrived, whether we realize it or not. If we’re all living in someone else’s vast, virtual-reality simulation… then Gib is already operating in that simulation’s near-future, where we’re all destined to find ourselves (if we still have a future…).”

—Derek Swannson, author of Crash Gordon and the Illuminati Underground

“There’s funny, sad, and weird liminal spaces we all wander into, at least now and again, particularly in this post-everything era. With Notes from the Uncanny Valley, Gib is both the architecture and concierge. We tour his mind and note how similar it is to our own. It’s a mind of these times. Gib ruminates and imagines, he sees stuff on TV in the community room, he meets reality’s refugees in the elevator and on the identical floors of his building, and he sees them on the streets, passing by ‘like some kind of cosmic prank.’ From bugs to Bigfoot, from the psychotic and pounding neighbour in 527 to the calm and purring Stranger, there’s quite a cast of characters here.

“As Gib says himself – ‘Science fiction authors are now setting their books in the present rather than the future. There doesn’t seem to be enough space left in the future.’ Notes from the Uncanny Valley is set in such a present. It might look back and sometimes imagine a forward, but really it knows that there is only an oneiric present and we’re just row, row, rowing our boats gently down the stream.”

—Garret Shanley, screenwriter of Vivarium and Without Name